Aalto University, Department of Architecture was organizing a lecture series, entitled "Alvar Aalto - Relevance today". It was a great opportunity to refresh and expand the appreciation about Aalto.

The second lecture of the series was given at Alvar Aalto Studio in Mukkiniemi. It was about Aalto Foundation's role in preserving Aalto’s works and visions about preserving modern architecture in general. Latter is a rather new topic.

That was my second time in the building at Tiilimäki 20. But this time I had a couple of hours to spent there. It was much more than a visit, so I had the chance to feel and live the space. 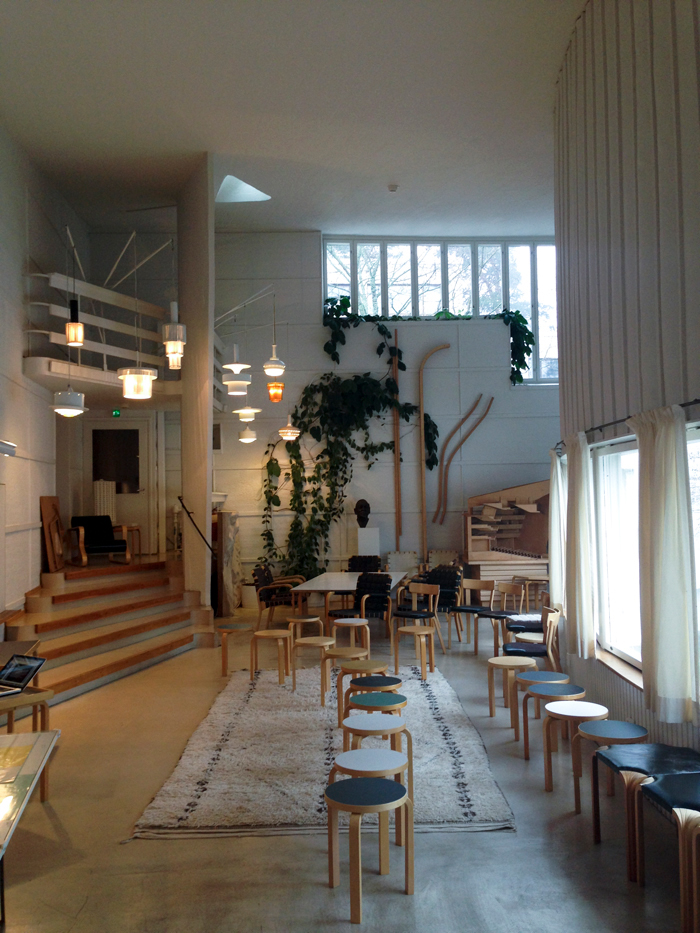 Versatile space: A drafting room, a recreation area or a conference room.

Aalto believed, “An architect's studio should provide both peace and quiet for the individual and the possibility of group work. This is the key to the general character of the building. Turning its back on the street in almost Oriental fashion, it opens instead onto an intimate inner garden which rises, amphitheater-like, and thus can also serve as an auditorium”.

“An architect's studio should provide both peace and quiet for the individual and the possibility of group work. This is the key to the general character of the building.”

After moving to Helsinki, Aalto and his wife lived and worked in Mukkiniemi, in a home office designed by them. Over the years, due to the new commissions, they needed a new and larger space. A space, dedicated to only work, and in 1955 the new office was completed.

The building is in an ell shape with an outdoor amphitheater in its inner garden. The curving side of the ell shape can be considered as a sort of central space for the studio. It is versatile and it can be used as a drafting room or recreation area or even a conference room. It faces the outdoor amphitheater. The building doesn’t have windows on the street side. The drawing office on the upper floor has a narrow plan and a band of high-level windows to help to bring natural light into the working area.

The building was used until 1994 as the studio of Aalto and today it houses the Alvar Aalto Foundation. It is open to visitors. Its unique and historical character is well preserved. 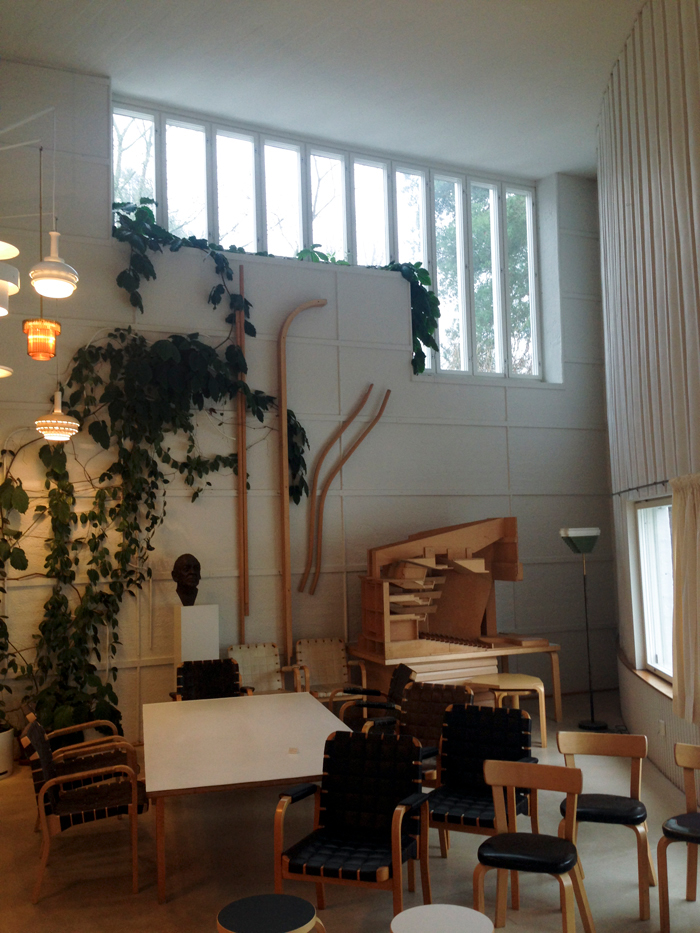 Aalto's pioneering wood bending technique shown in samples on the wall. There is also a model of Finlandia Hall made in wood. 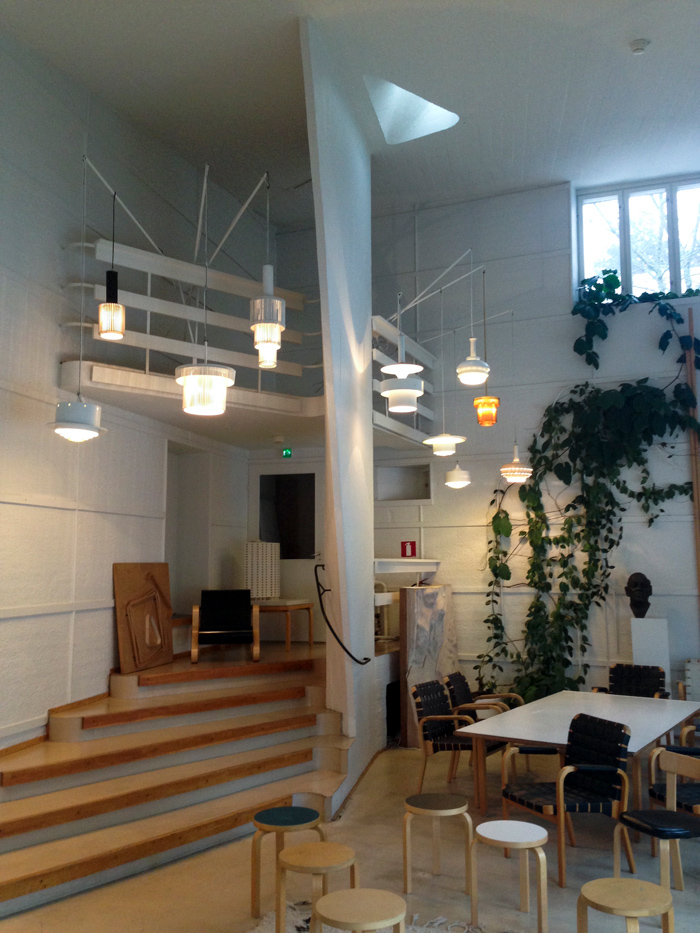 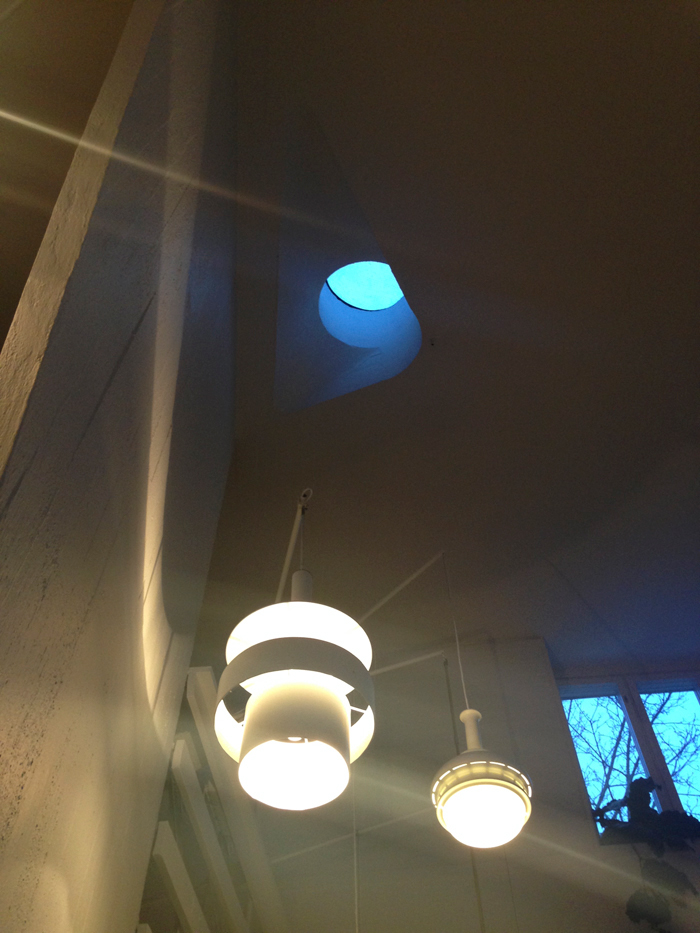 A window in the ceiling to allow natural light to come in. 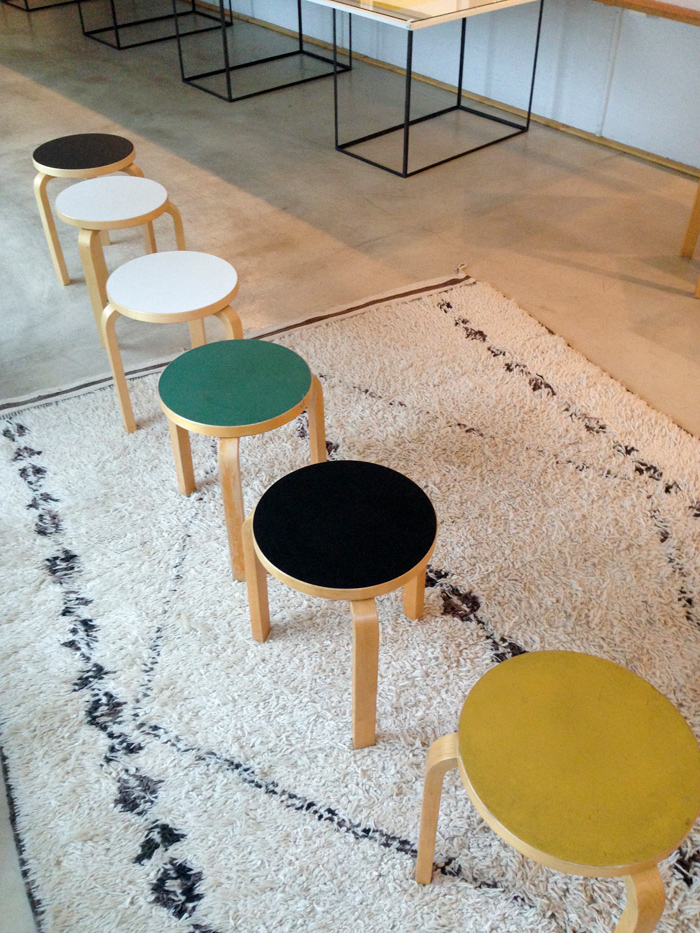 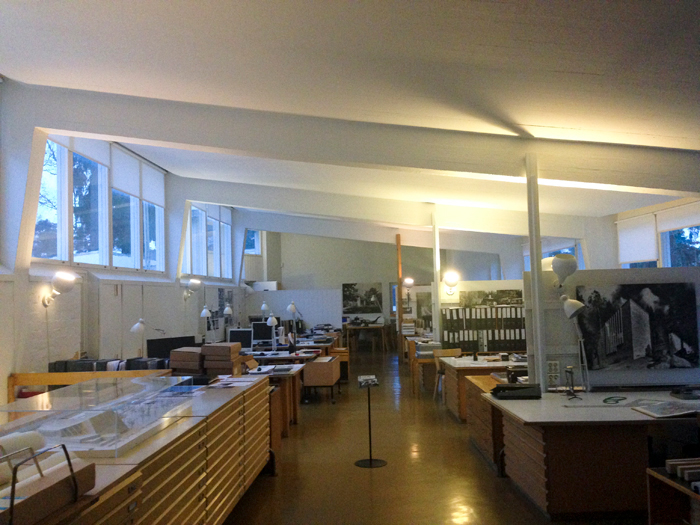 Like a sonnet that paints love with words, the Poem Necklace from our Délicatesse collection floats down the neck like a work of art, highlighting the delicate features of the collarbone. Inspired by modern organic sculptures, its dynamic shape reflects the ever-changing form of nature depending on the place from which we stand.

Each eye-catching piece is made from 925 sterling silver and requires 9 expert craftsmen to build it. Its open design makes it adjustable to embrace the natural curves of the wearer’s neck.