On a Saturday morning, we took a train from Berlin Hauptbahnhof to Dessau where the most influential school of design of the 20th century is situated.

Visiting The Bauhaus building is like traveling in time. Its images that you are familiar with from books and architecture classes easily set the first targets for a design-savvy visitor; enormous Bauhaus sign on the façade, the huge curtain windows of the workshop building, and the balconies of the housing unit.

Balconies of the housing unit

Looking at the school’s history, Bauhaus is considered a milestone of the Modern Age. It was founded with the idea of creating a complex in which all art and design, including architecture, would eventually be brought together. Besides, it had a radical concept: to re-imagine all the materials to reflect the unity of the arts.

What was needed at the time was to design for mass production. Therefore over time, the slogan evolved to become “Art into Industry.”

The school had three different directors during its 14 years of activity: Walter Gropius, Hannes Meyer, and Ludwig Mies van der Rohe. The program of the school was starting with a preliminary course that aims to give the new students a mutual language about material types, color theory, and so on. Prominent visual artists like Paul Klee, Wassily Kandinsky were some of the instructors of those classes. In the beginning, the school had a slogan “arts through craft” but what was needed at the time was to design for mass production. Therefore over time, the slogan evolved to become “Art into Industry.”

In 1925, Gropius designed the building for the school of Bauhaus. The building contains very important elements that have been re-used later in modern architecture. Some of these elements are steel-frame construction, glass curtain wall, asymmetrical-pinwheel plan. With the Bauhaus building, Gropius proved that “a building is a total work of compositional architecture”.

The two-storey bridge that connects the workshop wing and the vocational school.

Backside of the two-storey bridge ​ 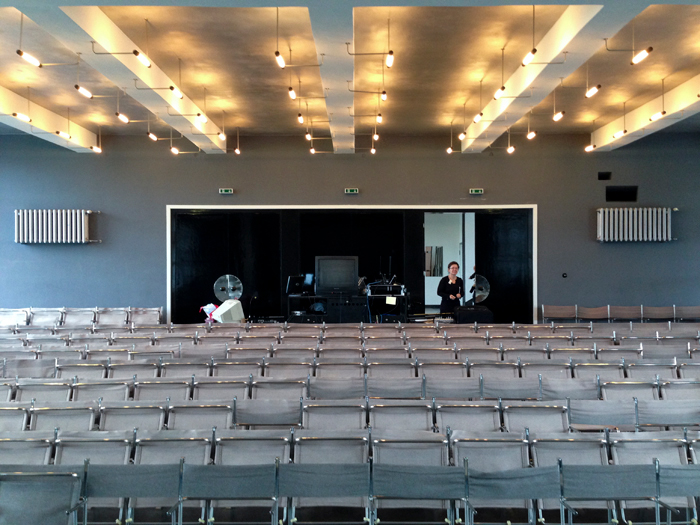 Our Two Face Necklace is inspired by the single-line drawings of Picasso and Matisse who once said “remember, a line cannot exist alone; it always brings a companion along”.

This companion comes in the form of two personas who pay homage to the universality of love and art. Available in 925 sterling silver and vermeil, the one-size-fits-all piece featured in Vogue has even inspired multiple real-life tattoos, proving that life often does imitate art.