Certainly one of my best experiences in Berlin was having dinner at the well-known Unité d'Habitation of Le Corbusier.

I was planning to go to simply visit the building as many do. Around the same time, an old friend invited us over for dinner and we realized that they live in Corbusierhaus. All of a sudden, a simple visit turned into something else. We had raclette for dinner, almost like celebrating Corbusier's origins. It was the best and most nostalgic raclette of my life.

On the facade of the building, there is a text written by Le Corbusier. It says:

In this vertical village of 2000 inhabitants
Neighbors are not seen
Neighbors are not heard
A family is placed in natural surroundings
Sun Space Greenery
This is the acquired freedom:
1. On the plan of the unit
a. individual
b. family group
c. hall
2. On the plan of the social group, it is the benefits of common services that confirm individual freedom.

Keywords are individual and collective. Those lines seem like notes to self by the architect. 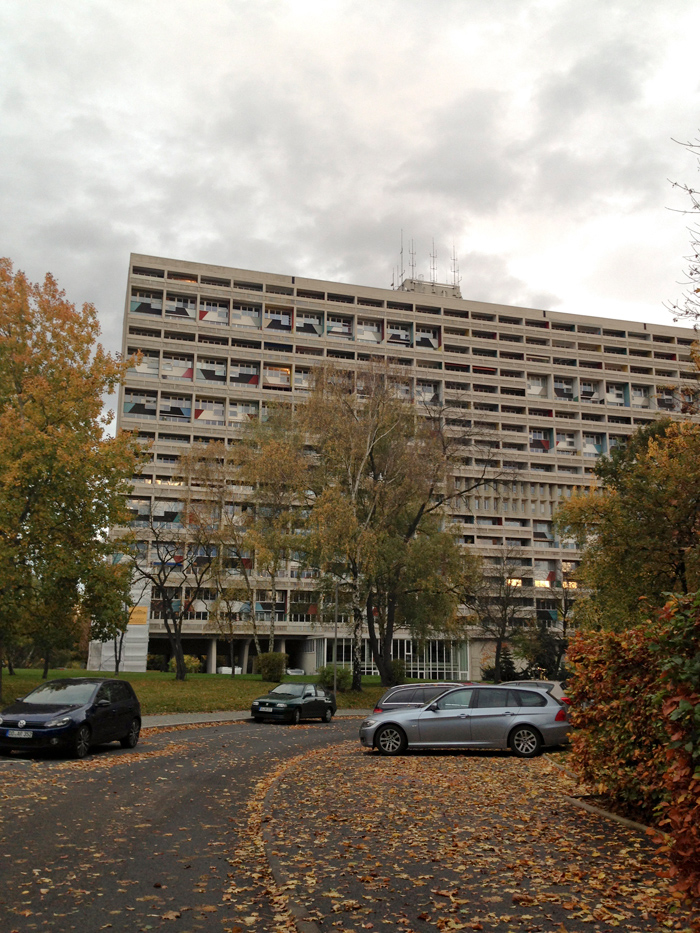 It’s possible to consider Unité d’Habitation as a contribution by Le Corbu to post-war Berlin. The process of the project was quite unusual. Le Corbu came up with a massive 17 story building project and the city authorities had to find a suitable place for it. Then a site which is situated on a hill of Charlottenburg, next to the Olympic Stadium was chosen. 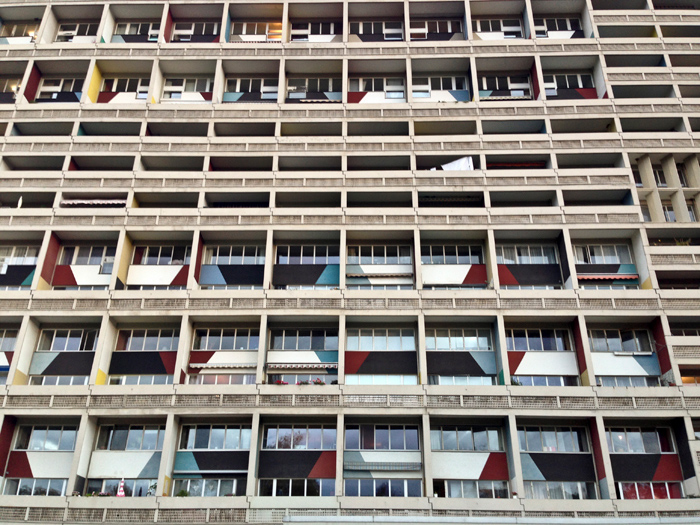 It is a vertical village of 2000 inhabitants.

The project is a collection of architect's considerations about modern urban living. It’s so clear that with the concept of Unité d’Habitation, Le Corbusier influenced and possibly still influencing residential buildings of our times. And it has been the proper model for public housing. 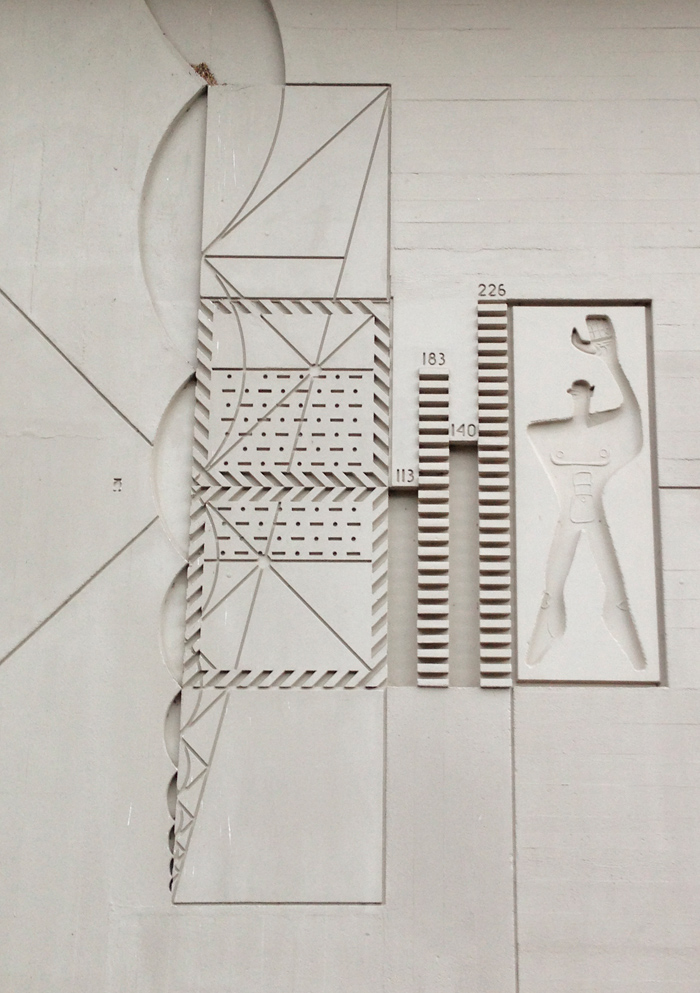 The building is enormous. But, when you are on location, it doesn't feel overwhelming and it appears smaller. It's probably because of the open area around the site and some other architectural details, such as large pilotis that suspend the building, modular and rhythmic characteristics that create a non-blocky feeling. The building has a very large green area in its surroundings. It feels like it is in the middle of a big park. The horizontal layout of the building is unique and interesting. 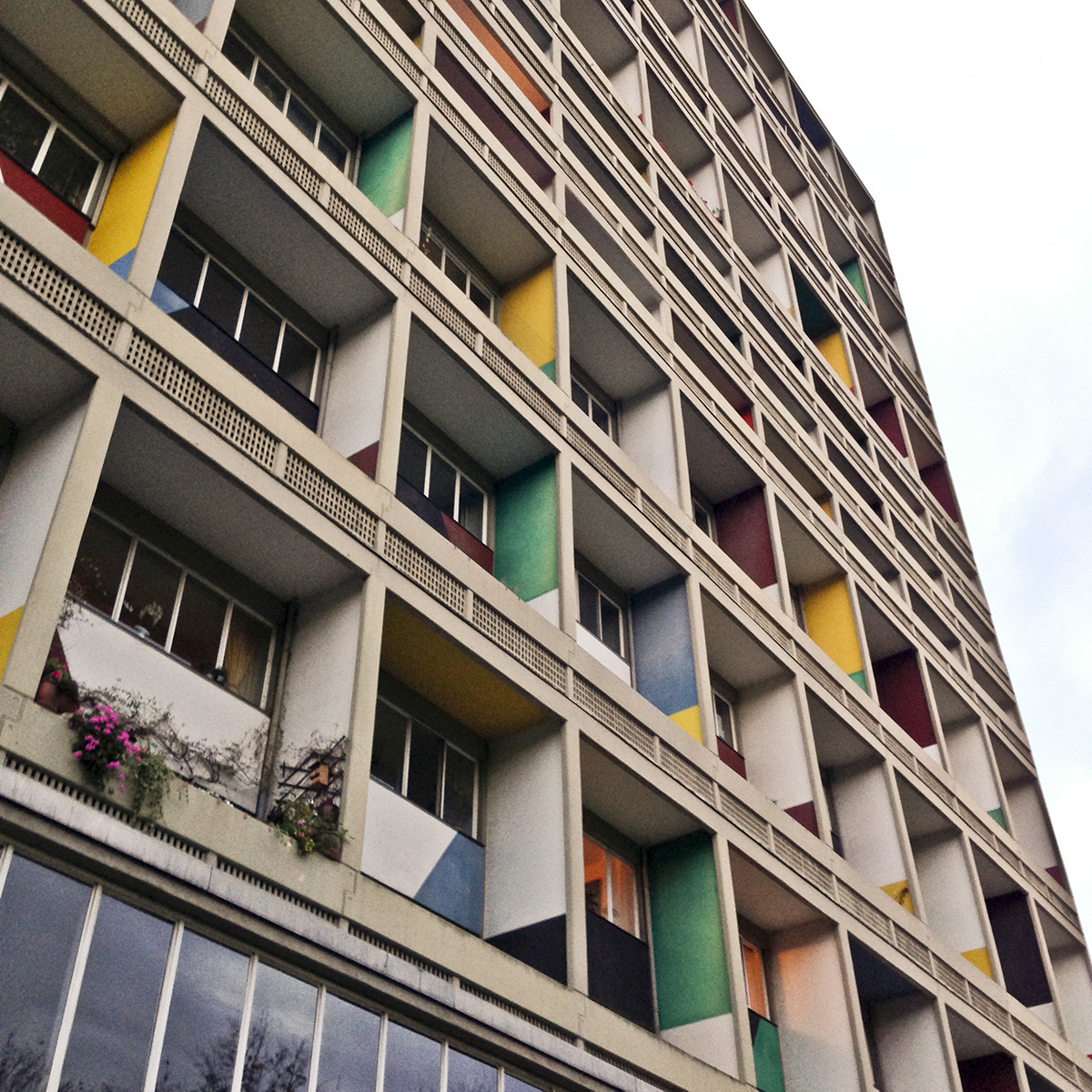 Solid color decorations on the façade 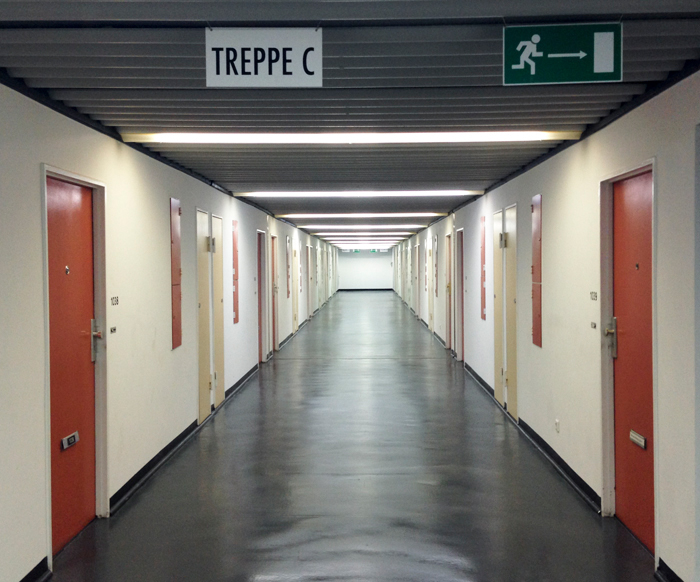